Stauffer Technologies president Kendall Stauffer was invited to participate in a panel of Switchvox development experts at Astricon  The panel was moderated by Dave Michels, noted UC expert and well known UC blogger . Each panelist had switchvox integration expertise and explained both business problems solved and several of the companies Switchvox integration solutions as well as discuss application program interface

Mr Michaels made an interesting observation by posing the question “which is more open – an open source system, or an open api system, pointing out that once you modify an open source system you often can no longer update to new versions, while open api systems allow extremely tight integration in a manner that is usually unaffected by version updates and service packs.

Angie Reed, product marketing manager for Switchvox said “Partners like Stauffer Technologies really help show off the flexibility and power of the Extend API capabilities in Switchvox.  By creating custom solutions for customers to integrate their CRM systems and other applications with their phone system, they can really solve individual business problems”

Stauffer Technologies can help your increase its mobility and interaction, call us today for a no obligation consultation and demo. 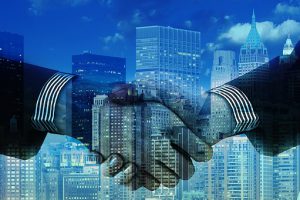